Alex Bell, George Mills and Oliver Dustin among entries for first BMC GP meet of 2021 while Keely Hodgkinson tests her speed at 400m

This summer’s Saucony British Milers’ Club Grand Prix begins on Saturday (May 8) in Trafford with strong entries across the middle-distance events plus some 400m and 400m hurdles races.

With lockdown restrictions easing it means the desire to race again, test fitness, push for personal bests and, for some, begin the build-up for Olympic selection has ensured a real sense of anticipation for the first of five BMC Grand Prix events meeting this summer.

The Trafford meeting is also being supported by UK Athletics and identified as a qualification opportunity for the Tokyo Olympics while the inclusion of 400m and 400m hurdles races was following a request by British Athletics. This adds an extra dimension to the meeting but it is the middle distance races that will provide the main focus of the action.

City of York runner Alex Botterill has made a bright start to the season with a PB of 3:49.43 in the BMC Gold Standard 1500m at Birmingham recently but reverts to his favoured 800m at Trafford. Botterill improved his PB to 1:46.82 last summer to place 10th in the 2020 UK rankings and is hoping to better that over two laps outdoors.

Zak Curran, George Mills, Ben Pattison and Oliver Dustin, a Grand Prix winner at Sportcity two years ago, are also among the entries.

The women’s 800m is headed by sub-two-minute performer Alexandra Bell of Pudsey & Bramley, who opened her season with a solid win in the 1500m at Birmingham last month, her second quickest time at the distance.

The 2019 World Championships semi-finalist is a regular on the Grand Prix circuit – she won at Stretford three years ago –  and that experience will make her tough to beat though in-form Irish indoor champion Louise Shanahan, who set an indoor PB of 2:01.67 earlier this year, will be looking to continue her progress.

Also in the field will be Mari Smith, who opened with 2:03.77 at the Birmingham University meeting, Katie Kirk and Kirsty Fraser.

Cambridge & Coleridge AC’s former GB junior international Thomas Keen, fourth in the Trafford Grand Prix two years ago, is among the entries for the men’s 1500m along with fellow ex-under-20 international Rory Leonard, who ran a PB of 3:45.70 in the Gold Standard meeting at Birmingham University.

Revee Walcott-Nolan and Erin Wallace are set to be joined in the women’s 1500m by Sarah Healy, Gemma Kersey and 2019 European U20 800m champion Isabelle Boffey. 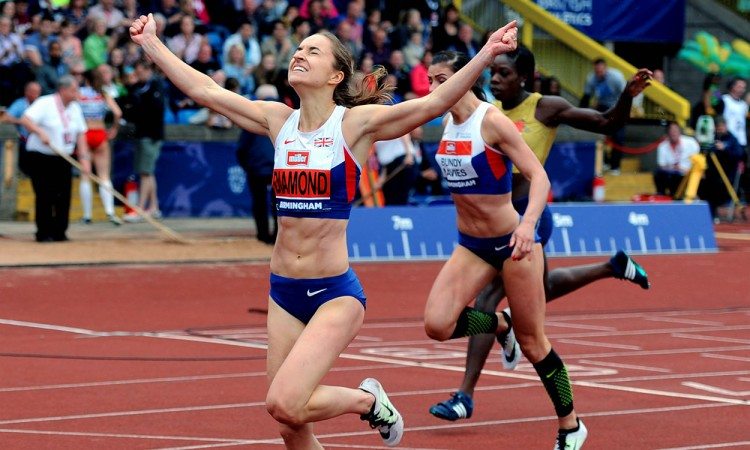 The event will start at 4.30pm with the one-lap races and the final race will be at 9pm.

Vinco will be streaming the action too live – CLICK HERE

The future meetings in the grand prix include Sportcity on May 29, Watford on June 12, Loughborough on July 24 and Eltham on August 14.