After slicing 43 seconds off her 5km PB with a 14:41 clocking that beat Beatrice Chepkoech’s world record time by two seconds, Beth Potter’s mobile phone has not surprisingly been going crazy this weekend. To clear her head, the morning after her race she escaped for an easy three-and-a-half hour bike ride with a coffee stop halfway. Then she chatted to AW about her stunning performance at the Podium 5km in Barrowford, Lancashire, on Saturday (April 3) before tackling a short run in the evening.

For those saying her fabulous run was due to super shoes, they should consider the amount of training she does. Sandwiching an AW interview between two training sessions on a so-called easy day is nothing unusual for the hard-working Scot. In total, each week she typically completes five bike rides, five swims, four runs, a couple of gym sessions and some yoga – totalling 25-30 hours.

The Glasgow-born endurance athlete’s talent is unquestionable too. In 2016 she ran in the 10,000m at the Olympics and 12 months later she won the women’s race at the Night of the 10,000m PBs during a transition to becoming a full-time triathlete based in Leeds. She is in great form as well with a big triathlon victory at the London Aquatics Centre a few days before the Podium 5km.

Still, Potter was as surprised as anybody by her time on Saturday. She entered the race on a relative whim and had asked organiser Chris Barnes if she could move into the sub-15:30 race. She would have been satisfied to break her PB of 15:24 and never expected 14:41.

It is not only faster than Paula Radcliffe’s UK record of 14:51 but a couple of seconds quicker than Chepkoech’s world record set in Monaco in February. However due to stringent World Athletics criteria necessary to approve a record, it is unlikely – but not impossible – that it will be ratified.

“I thought it was a joke,” Potter told AW on the moment she saw her finishing time. “I needed someone to confirm to me what it was that I’d run.

“I thought the clock was out! I was shell shocked to be honest.”

When did it dawn on her that the result was real? “Everyone who was there watching was saying ‘you did it, it’s true’ so then I began to believe it a bit,” she says. “I thought 15:15 would be a really good run for me because I’ve been focusing on other parts of my training this year. And so I asked to run in the 15:30 race because I wanted to be pushed all the way.”

Potter settled into a group of male runners and was swept along around the 1km laps. “I was at the back of the boys at the start and it went off fast and I knew I had to commit otherwise I was going to be in no man’s land. I got into a bit of a rhythm and I was in a bit of a daze.

“I couldn’t believe the times that were being read out at the kilometre marks. I only broke three minutes for a kilometre the other night for the first time this year.

“Even when I went through with one lap to go I thought the clock was wrong as I worked out I was due to run 14-something but could hardly believe it.”

Only two Brits, Radcliffe and Liz McColgan, have broken 15 minutes on the roads, although 10 have managed it on the track.

“It was perfect,” Potter continues. “Every time a small gap opened up I just covered it and closed it up. I knew as long as I had runners around me I’d use them as a target. If I got detached it would become so much harder straight away.”

Were any of the men Potter’s training partners or friends? I didn’t know many,” she says, but it didn’t really matter as I just wanted some people to drag me around and they did that. They did a great job.” 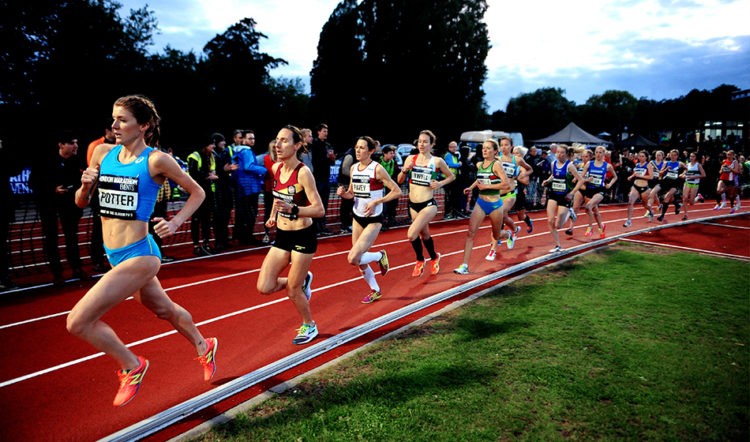 Potter tackles the thorny topic of super shoes head on. She was wearing the new Asics Metaspeed Sky and explains: “They were specially couriered out to me on Thursday because I only decided to do the race on Monday night and the launch of their new shoe was this week.

“Every shoe brand is stepping up to Nike now but at the end of the day you still have to do the training. You still have to get up early in the morning and train hard, year on year, session on session. It’s not just the shoes.”

Potter points out her 10km best came in a pair of Nike Streak, which do not have carbon plates. So does she find it insulting when people say she has only run fast because of the shoes?

“Yes I do when they don’t know anything about my training and they are people who are just speculating. I train really hard and I have a great group of people around me in Leeds who help me and who believe in me.

“These people are picking on my Power of 10 which is from four years ago and taking data which is out of context. So, yes, I do find it a bit insulting. They don’t see what I do day in, day out.”

No doubt the shoes helped put a spring in Potter’s stride, but so did the desire to prove a few doubters that she is a world-class athlete. “There’s nothing like a bit of motivation to prove people wrong when you’ve been told certain things,” she says.

Potter has struggled with lack of sponsorship in recent years which has made it difficult at times to justify training full time. “It’s been really hard especially after moving to triathlon and losing some sponsors along the way,” she says.

“I doubted myself a lot over whether I was doing the right thing and whether I should have left athletics (for triathlon). It was a constant battle.

“It’s been really hard to break on to the scene in triathlon, especially having not come up through grassroots and not being so in the know in the sport. But my performances last season and this season so far have turned a couple of heads, which is good.

“It’s a full time job and it’s not easy. I’m tired a lot of the time but it’s worth it after running the way I did last night.” 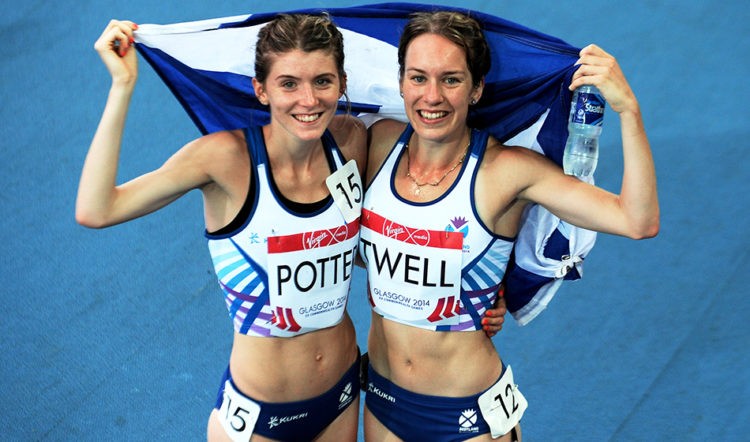 Whereas Potter tackles the subject of super shoes head on, she is more reticent when asked whether she is going to focus on triathlon or running this summer. The British triathlon team has already been selected, for example, but the 5000m and 10,000m places in the GB athletics squad are all to play for with the 10,000m trial, for example, in Birmingham on June 5.

“I don’t really know anymore,” she says. “Obviously my aim was to qualify for the triathlon team but unfortunately that’s not currently available to me at the moment because they chose the team at the back end of 2019.

“It has to be a miracle for me to make that (triathlon) team. But I’m not giving up on it.”

She pauses and adds: “I don’t know, really. I need a couple of days to digest what happened last night and to reset.”

Hoka One One Mach 4 review